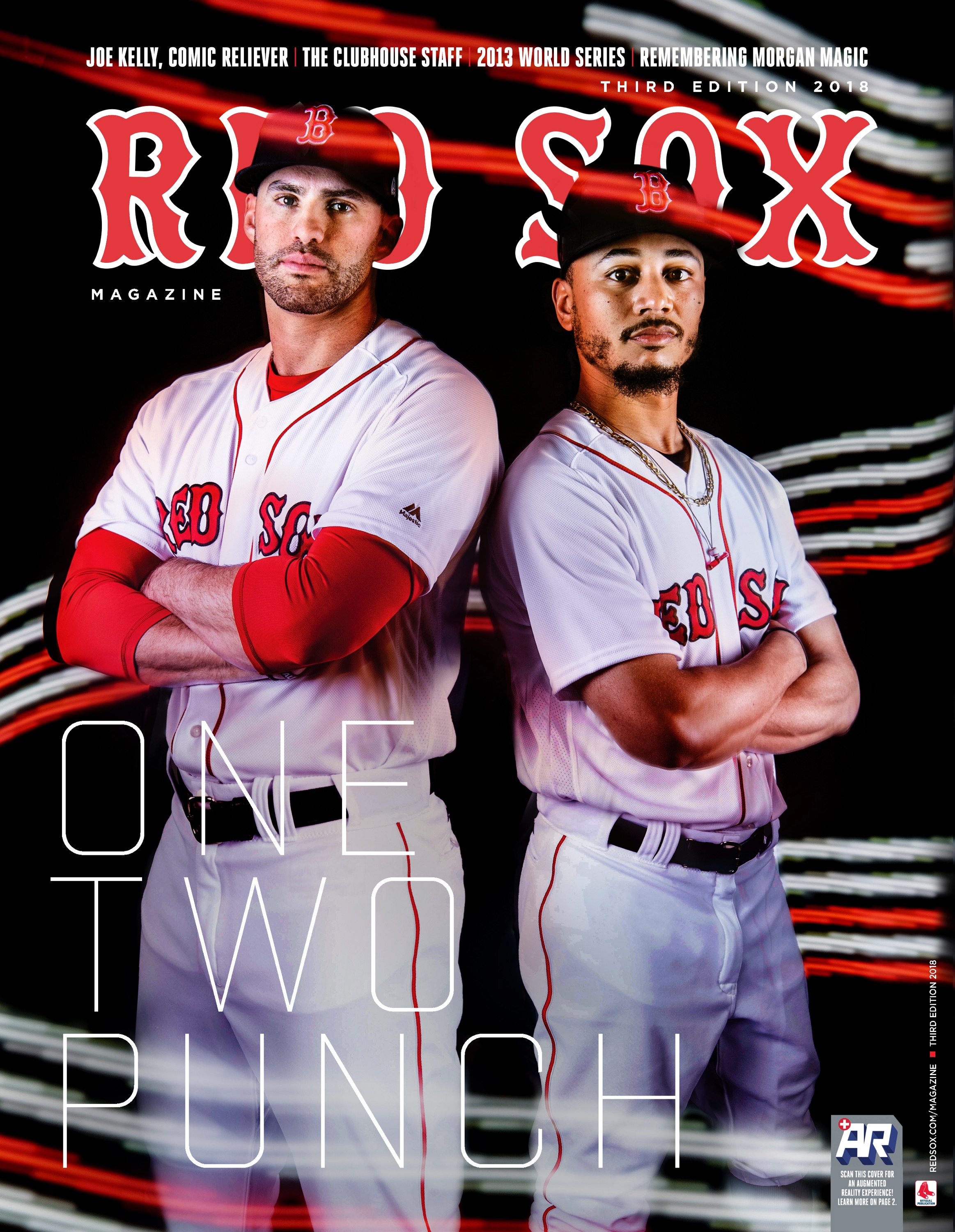 Above is the most recent cover of Red Sox Magazine, which features a portrait I shot of Boston Red Sox designated hitter J.D. Martinez and right fielder Mookie Betts. Both players are putting together historic individual seasons so far, and have led the team to the best record in Major League Baseball through the first half of the season. We wanted to feature these two guys as the team’s leaders on our cover.

The portrait and light trail effects were achieved in-camera with the combination of the PixelStick, a nifty device that takes light painting to a different level, and studio strobes. Our Director of Creative Services, Tim Heintzelman, held the pixelstick as he physically walked in circles around the two players over the course of an eight second exposure in a darkened room. At the end of the eight second exposure, two studio strobes popped with the camera set to rear-sync flash.

Mookie and J.D. actually arrived to the shoot wearing shorts, so the pants were later masterfully photoshopped on by our lead graphic designer, Marissa McClain.

This was a great team effort by our creative group in what was a difficult shoot to pull off!